I was drunk when I went to Emma’s room.  Not real drunk, but drunk enough to think it was a good idea to talk about Virginia Woolf on a Friday night.

“I have some ideas about my paper,” I said, sitting on the edge of her bed.

She wore jeans and a black tank top.  Bob Marley sounded from her stereo.

“Let’s see.”  Before taking my yellow legal pad, she hopped off the bed and bent forward, collecting her wheat colored hair into a ponytail.

I handed her the pad when she stood up.  “Be gentle,” I said.

Her head moved back and forth as she read.  I could have watched her read all night.

“What do you think about the idea of exploring power dynamics through the use of artistic representations?” I said.  I leaned close to her and pointed to the words.

“It’s interesting,” she said.  She started to say more, but her phone rang.  “Hello,” she breathed into the mouthpiece.  “Hey,” she said in a voice that went up an octave.  She covered the phone with her palm and said, “I’ve gotta take this.  Go with that idea.”

“It’s about Virginia Woolf,” I said.

“It smells like it’s about Jack Daniels.”  She smiled and went into her and Emma’s room. 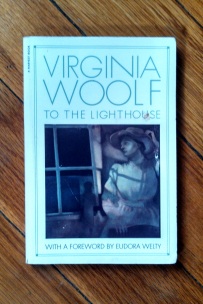 Over the following days, I crafted the best essay I could muster.  It occurred to me in the middle of writing that I might not have any idea what the novel was really about.

My heart pressed on.

I revised until I couldn’t stare at the paper any longer.

Emma’s door was open; she sat at her desk.

“Hi,” I said.  I leaned against her door frame.

She hit a few keys before looking up.

“I’ll check it out.”  She reached for the essay and started reading the first paragraph.  “Are you going to stay here while I read it?”

She smiled.  I was in deep enough to think she smiled for me.

While she read, I sat on her bed and watched to see how my arguments affected her, but her lips held the same pursed expression the entire time.

“It’s good,” she said when she was done.  “I marked some confusing sentences.  Also, your conclusion doesn’t make a lot of sense.”

“But you have some strong readings of the novel,” she said, sensing my disappointment.  “You know what, I just found out my brother’s roommate at Johnson State was your neighbor as a kid.”

“Yeah.  They’re having a party this weekend.”

I left before she could rescind.