We live in a world with a glut of hoppy beers.  Let’s get something straight: I’m not complaining.  When I die, I’d like to be entombed in citra hops.  In this heavily-hopped world we live in, however, we’ve begun to hit a wall.  Though we have access to a myriad of piney and uber-citrusy West Coast-style IPAs, they’re all beginning to taste the same.

Enter Portland, Maine’s Rising Tide Brewery and their true original, Zephyr.  This is not your typical West Coast knock off.

Time to tell the truth: the first time I tried Zephyr, I didn’t get it.  Where are the heavy grapefruit overtones?  And the deep pine notes?

But here’s the deal, the first time I heard Magical Mystery Tour, I didn’t get that either.

Why? Zephyr, like Magical Mystery Tour — or anything that challenges our boundaries — wasn’t what I was used to drinking.  I had no point of reference.

It’s similar to the first time I listened to Miles Davis’s Bitches Brew.  I felt ungrounded.  Like I had vertigo of the mind.  I knew that what I was listening to was brilliant, but with nothing to compare it to, I felt like I was free-floating through space and time.  So I kept listening, and eventually, melody and time-signatures and songs began to pop out to me. 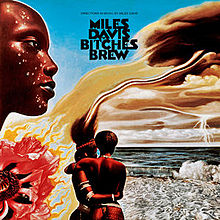 Since I’m as persistent with beer as I am with music, I kept drinking Zephyr.  Like Magical Mystery Tour or Bitches Brew, I knew there was something brilliant in there.

Then, one September evening, standing in Rising Tide’s tasting room, Zephyr in hand, I got it.  It was almost a Zen moment.  My tongue and brain locked into Zephyr, and it made perfect sense.  Like the first time I really got “I am the Walrus.”

I stopped asking the beer to be something I knew, and understood it for what it is.  And what it is is delicious.

Here’s the skinny on Zephyr.  This beer is all about the calypso hop.  It has the cascade and centennial hops we’re used to in our everyday IPA’s, but the calypso is what makes this beer a trailblazer in IPA flavor.  The best way to describe the flavor profile is to compare it to pears or apples.  That’s what initially threw me off, and now that’s what I crave about this beer.  It’s different.  Zephyr has a strong malt component to balance out the hops, but it’s not an obnoxious amount of malt that many American IPA’s contain to achieve that high alcohol content.  The mouth feel is full-bodied.  The yeast finish — like all Rising Tide beers — is clean and refreshing.

I felt downright silly when I finally understood Magical Mystery Tour and Bitches Brew.  How did I not understand these tracks from first listen?  Well, when something is truly attempting to be original, it’s impossible to understand at first glance.  The upside to being bold is that what you end up with has staying power, and that’s what Rising Tide has in Zephyr.