On my last visit to Bunker Brewing in Portland’s hip East Bayside neighborhood, Bunker’s head brewer Chreston Sorensen proclaimed, “This is going to be the summer of the IPL.” 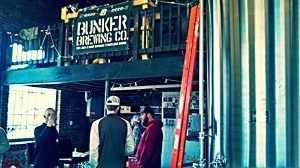 He handed me a sample of their beautifully hopped India Pale Lager, Cypher, and from that first crisp taste, I knew he was right.

As an IPA guy with a predilection for big citrus hops and 8% abv in his IPA’s, I’m skeptical of the light colored, low alcohol IPL and Session Beer movements.  However, with the explosion of new aroma and flavor hops, brewers across New England are convincing me to change my tune.

Otter Creek’s Citra Mantra IPL, brewed, of course, with Citra hops, was the first IPL to grab my palate by the shirt collar.  Cypher was the IPL that landed the knockout punch.

India Pale Lager is kind of an oxymoron.  As craft beer enthusiasts, we’ve been taught that lagers are from Satan.  Bud.  Miller.  Coors.  Those are the lagers of the past that still haunt the modern beer drinker.  But with the glut of ingredients available to brewers and that old Yankee ingenuity, brewers are re-imagining the lager and our drinking experience.

Why can’t we have hop-smacking beers that won’t knock you on your ass with high alcohol content?  You may ask.  Well, now we can. 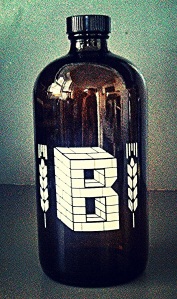 Through the hum of hip-hop music from the PA system, Sorensen explains that Cypher is made with experimental hops and Amarillo hops.  I put the glass to my nose and breathe in.  I’m greeted by the citrus tangerine aroma characteristic of the Amarillo hop.  Smells like an IPA.  When I hold the glass up to the light, however, the appearance is light, true to a lager profile.  The aroma and appearance are conflicting, but let’s remember, beer is largely about the flavor.  I raise the glass, breathe in the citrus aroma and gulp.  Yes, yes, and yes again.  It’s a fascinating experience.  The Bunker lager is crisp and tangy.  Almost like a German pils.  Then the American hops lay on top of that lager, and the experience is truly something new.  The bitter on the back of the tongue lasts nicely, but isn’t destroy-your-mouth bitter.

Sorenson was right, this is going to be the summer of the IPL.  Think about it.  Summer in Maine means enjoying afternoon brews on the beach or on the plethora of outdoor patios peppering the Old Port.  The IPL allows drinkers to get their hops without the inundation of tons of alcohol.  I’m not sure of the exact abv of Cypher, but if I was to guess, I’d say it was around 4.5%.  It’s a win-friggin’-win.

Look for Cypher in your local Portland watering hole or visit the brewery and buy a gunner, then sip the hoppy goodness while you relish in this new movement of the India Pale Lager.